Vice President Joe Biden speaking at Arlington National Cemetery, where he participated in a wreath-laying ceremony in honor of Veterans’ Day had this to say to America’s veterans:

“…you are the veterans of America, the most trusted among us, and the most tested of all Americans. Collectively, you represent generations of soldiers, sailors, airmen, Marines and coastguardsmen who have served and sacrificed for all of us. You are not only the heart and soul, but you are the very spine of this nation… You gave and they gave, and you deserve our thanks. We stand here today committed to show our respect, to honor and to recognize our responsibility to care for all our veterans, and for those who continue in harm’s way as I speak to you today…”

His message resonates with all peoples, the doves and the hawks, of all religious persuasions and ethnic backgrounds, for those who defend our sovereignty and territorial integrity, those who come to our aid in times of national disasters, and those who preserve the peace, stability and security of our nations are indeed the spine of our nations. The American veteran is no different than that of other nations.

Republican National Committee Chairman Reince Priebus had this to say about America’s veterans in a Statement released on Veterans Day:

“…We are thankful for their sacrifice every single day, and on Veterans Day we pay special tribute to them…From the Greatest Generation to those serving overseas at this very moment, we honor all our veterans. As a country, we must always remember their service, and we must ensure they receive the care and support they deserve at home…Americans owe so much to our men and women in uniform…They risk their very lives to keep our country free and to keep us safe. For that, they have earned our deepest gratitude and respect…”

For her part, Democratic National Committee Chair Rep. Debbie Wasserman Schultz released a Statement in which she said:

“…Today, we reflect on the extraordinary courage of the brave men and women who protect the rights and freedoms that define who we are as a nation … The first observance of November 11 as a national holiday was a commemoration of Armistice Day, thought to be the end of the war to end all wars. Though it is a promise which we have yet to fulfill, each successive generation has answered the call to fight in the hopes that their children will not have to. On Veterans Day, we express our gratitude for their strength and sacrifices…On behalf of Democrats across the country, I would like to say thank you to our nation’s veterans and their families

On Tuesday 11 November 2014, hundreds of thousands came to the National Mall in Washington, DC  for the “Concert for Valor”, to hear performances by Rihanna, Eminem, Bruce Springsteen, Carrie Underwood, Dave Grohl, Metallica and many more, in honor of America’s Veterans. Democrats and Republicans alike came together to honor those who safeguard the nation’s sovereignty and territorial integrity. With many Eritrean Americans serving in the United States armed forces at home and abroad, it was an opportunity to stand together with our fellow Americans and remember the sacrifices they and their families make to keep us safe and secure.  Not everyone there supported the wars in Afghanistan, Iraq and anywhere else that the United States is involved in, but as one pundit put it, “being anti-war and pro-veteran aren’t mutually exclusive”.

Unfortunately, for some in the Eritrean Quislings League (EQL), the sacrifice and valor of Eritrea’s Martyrs and Eritrea’s Defense Forces are long forgotten, and these days, in the name of “freedom of expression”, “democracy” and “human rights”, Eritrea’s veterans have been maligned and insulted. Members of Eritrea’s Defense Forces in the Warsay Yikaalo Project for Development, Eritrea’s army corps of engineers made up of youth and veterans, who are developing the nation, one brick at a time, and making enormous sacrifices to rebuild their war-torn nation, have been labeled “slaves” by the EQL. I doubt that they would go as far to undermine the Army Corps of Engineers and the National Guard who played a vital role in the development of the United States, and remain responsible for the maintenance of vital economic infrastructures.

Some self-professed “professionals and intellectuals” who despite having lived in the west and acquired western education, dare to suggest that “Eritrea’s freedom fighters”, are incapable of governance. Utterances that would have had them barred from any institution in the west had they made similar claims about western leaders whose careers began in the armed forces. For example, US Secretary of State John Kerry was a decorated veteran who served in combat zones during the Vietnam War. IS this veteran not fit to lead this nation? French President Jacques Chirac was also a veteran, was he not fit to rule France? In Eritrea, almost every family has a veteran…

The enormous contributions to Eritrea’s development by Eritrea’s youth and veterans have been ridiculed by the likes of Andebrhan Woldegiorgis as being a “Sisyphean project, toiling without producing commensurate value”. For these misguided and selfish individuals, non-pecuniary motivations such as love of people and service to country, self-reliance, dignity, self-esteem, service and love of country and people, and civic duties have been turned into sheer commodities.

The Government and people of Eritrea, in the country, and in the Diaspora have remained true to their solemn promises to Eritrea’s war heroes. They continue to contribute to the well-being of the families they left behind. On 20 June of every year, they are remembered in solemn memorial events around the country and in Eritrean Communities around the world. The EQL have chosen to insult our veterans and their memories to advance their warped political ambitions. They have insulted the Eritrean armed forces and the leadership, yet do nothing to defend Eritrea’s sovereignty and territorial integrity. They write volumes undermining the contributions of Eritrea’s Defense forces, yet do nothing to help develop Eritrea, instead they align with the enemies of Eritrea to undermine and strangulate Eritrea’s economy.

If not to stand by and support the Eritrean Defense Forces and the people of Eritrea, in defense of Eritrea’s sovereignty and territorial integrity, who are the EQL rallying for? It is one thing to not agree with Eritrea’s leadership, but insulting and undermining their selfless, ongoing,  contributions to Eritrea and its people is unacceptable…undermining  Eritrea’s Defense Forces is self serving and shameful…

As we celebrate and honor America’s veterans, Eritrean Americans pay tribute to the many Eritreans serving in the United States Armed Forces, and to Eritrea’s veterans. 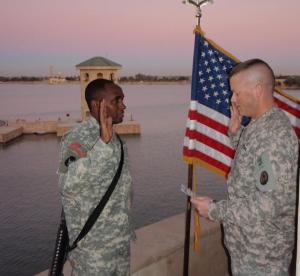